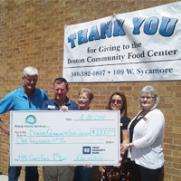 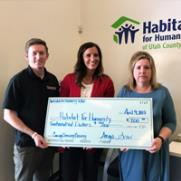 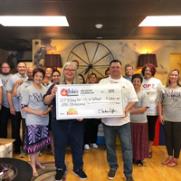 Spreading Awareness and Goodwill
Helping Out Locally was created to help businesses become more involved with local charities through community engagement. Businesses are able to shift money that would normally be used for advertising into a way to give back to their community where both the business and the charity win.
How it works
A sponsoring business sets up a fun, friendly competition between three local charities to compete for donations. The winner is the one receiving the most community votes at the sponsor's website. The competition engages your existing supporters and gives you exposure to the supporters of other organizations as well as the sponsoring business's customers. Typically, many hundreds of local residents get involved to both vote and promote votes for their cause! The best part is, there truly aren’t any losers! Each participating organization receives a donation at the end of the contest, determined by how they placed based on votes received. The awareness and goodwill generated through such a contest makes it a win-win for everyone involved.

Helping Out Locally has already been used by multiple businesses to run such philanthropic campaigns. The entire process is fine-tuned, making it easy to participate with minimal time and effort. Your organization will likely find it's one of the easier, more beneficial fundraisers in which you've ever participated.

Listen to what Jennifer MacDonald of The Spero Center has to say about what participating in a Helping Out Locally contest did for them in their community.
Beyond the prize donation received, benefits to each participating organization include:
We hope you are considering being a part of one of our contests!
Home   |   BENEFITS   |   CONTACT US
Powered by Online-Access All Rights Reserved © 2001-2022
Privacy Policy